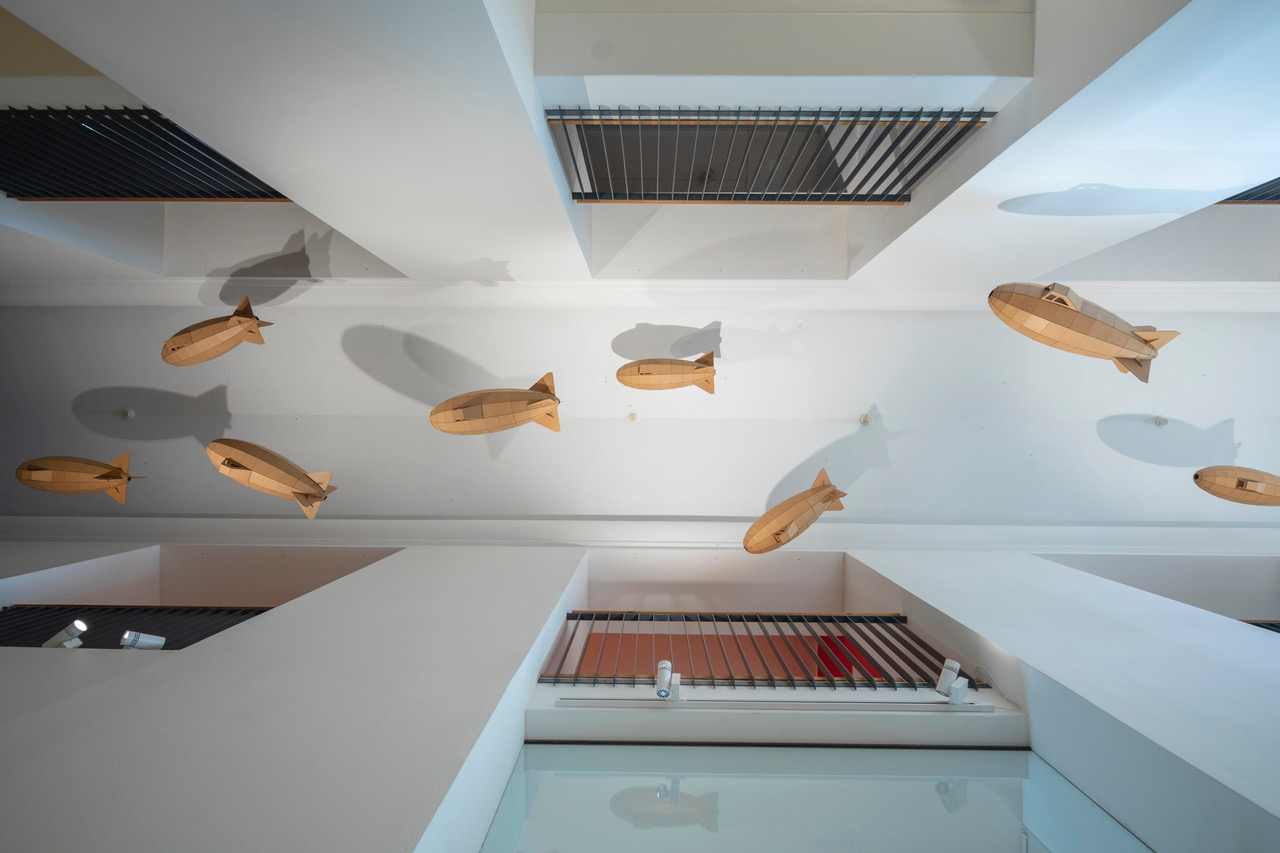 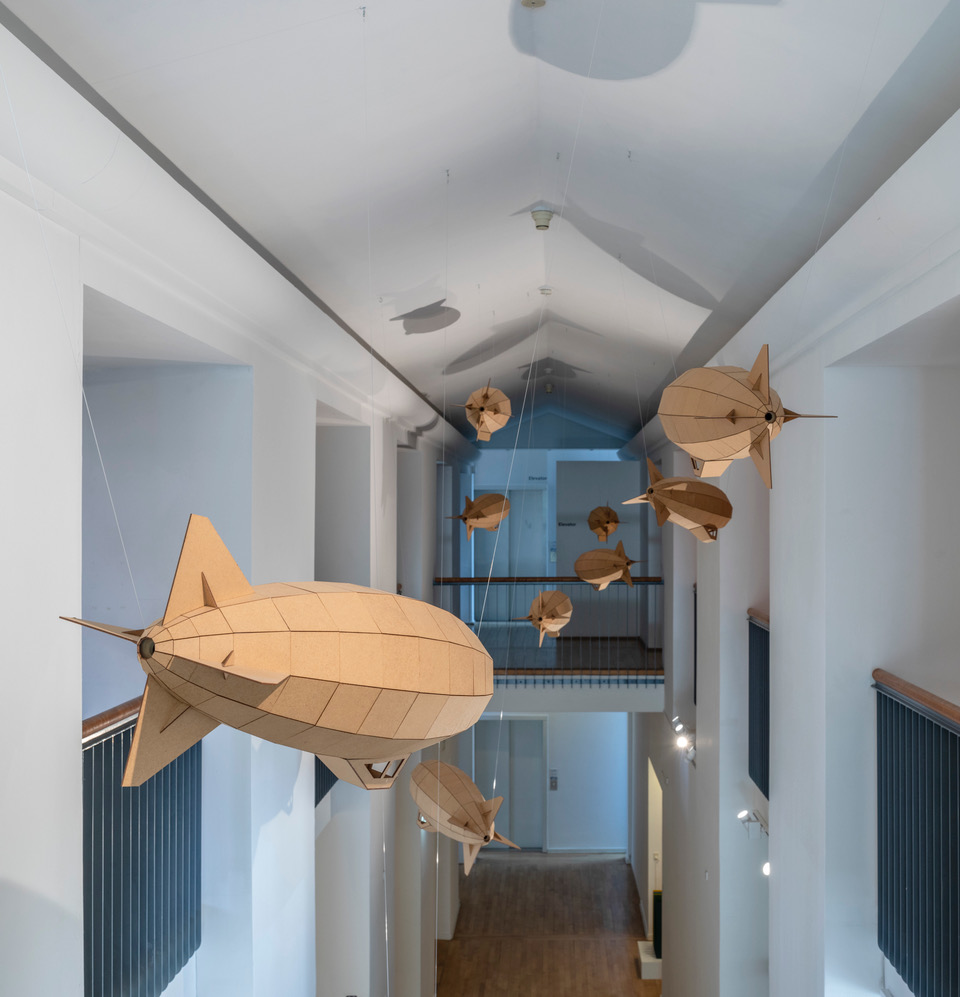 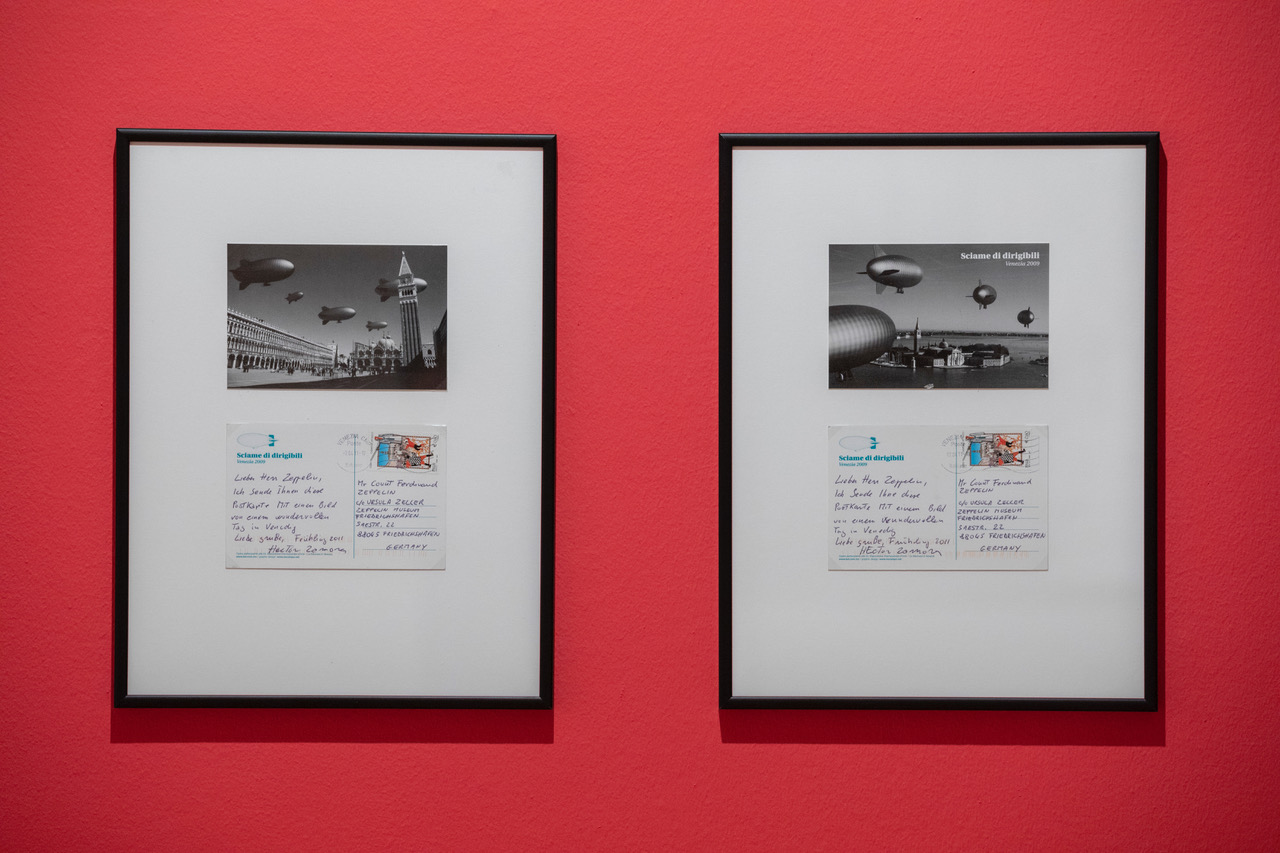 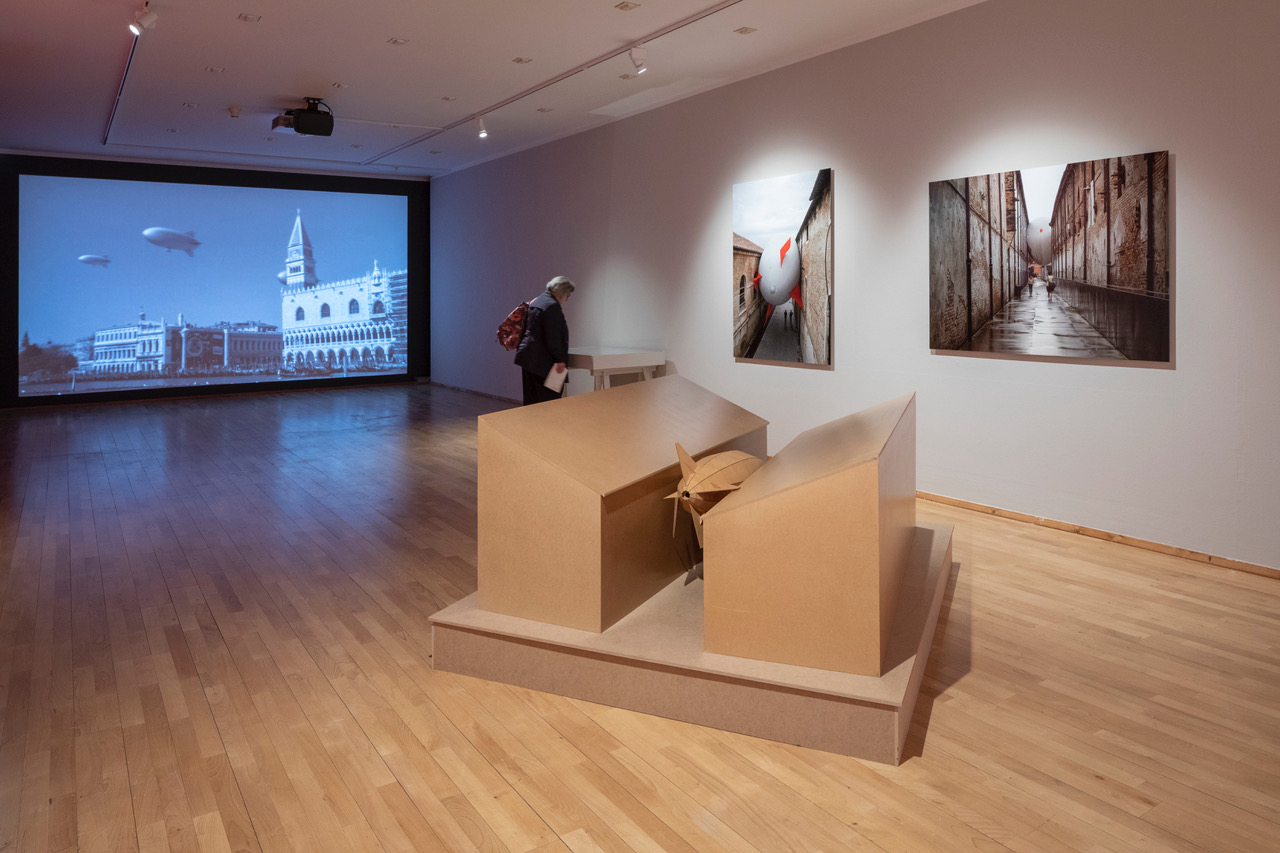 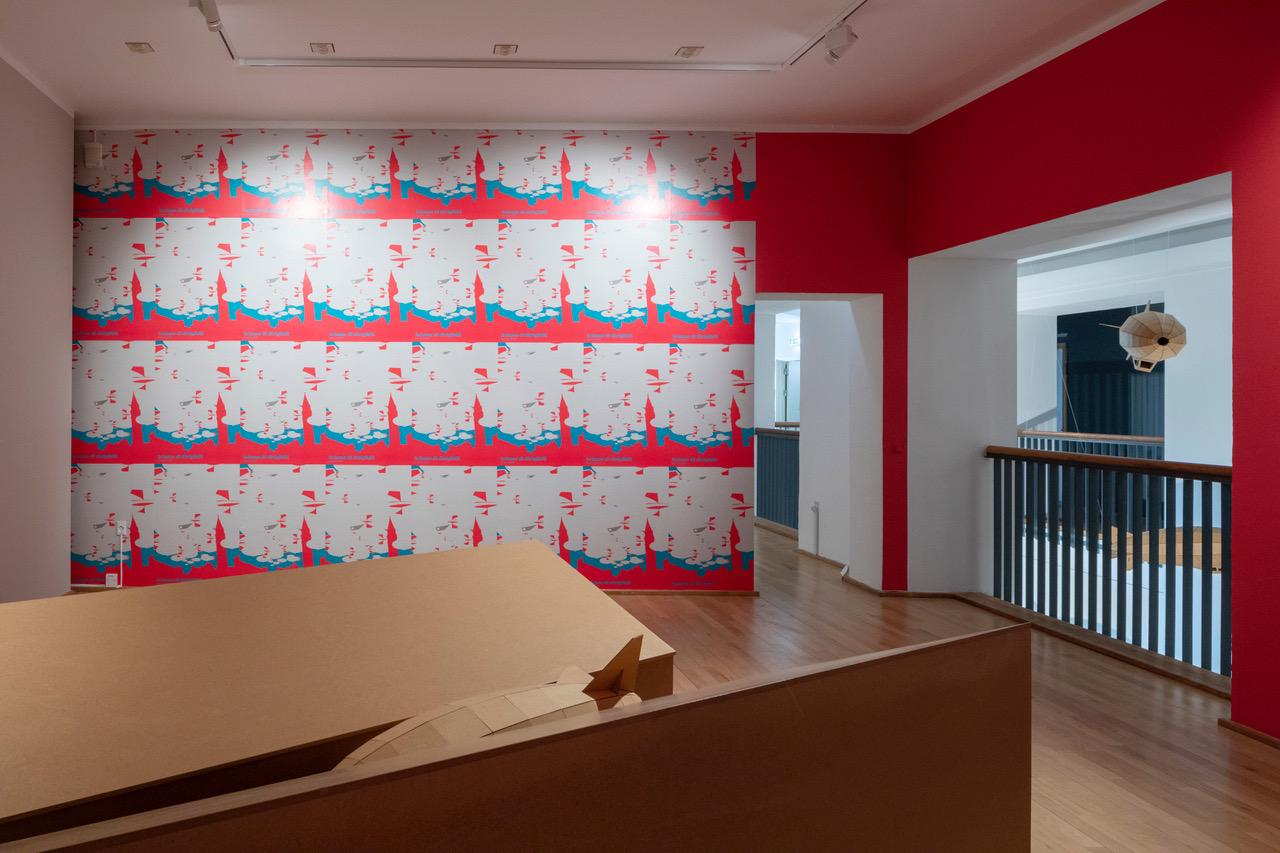 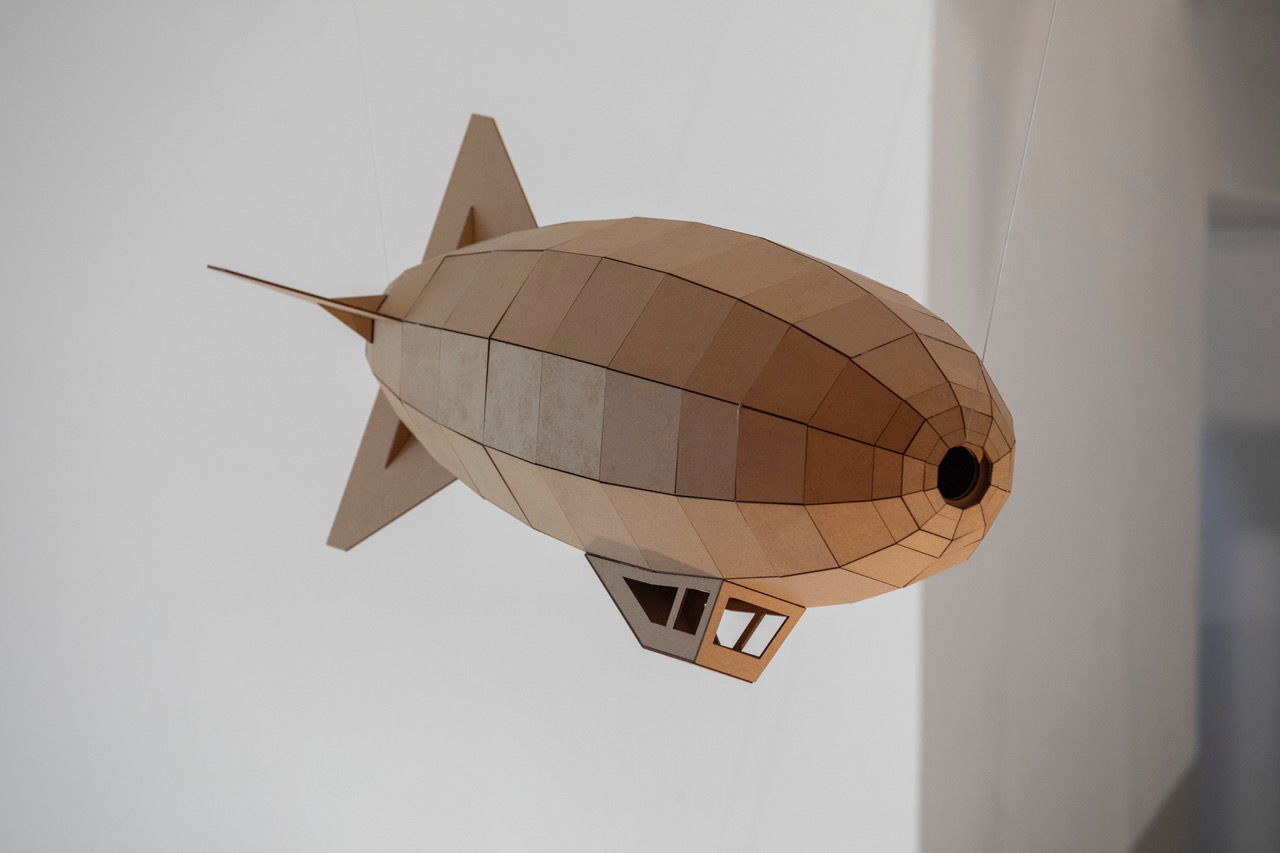 This spring sees a collection of projects by leading world artists at KØS, projects that during the past decade have moved the boundaries of what public art can do, shown how radically it has changed, and revealed the new and surprising forms it can take . The latest developments in the field include a floating island nation, marathon moving murals, a hundred-year-old book project, social urban planning, the live transmission of ocean light, and a fictional history of swarming Zeppelins.

The international field of public art is developing as never before. In Denmark too, art is everywhere – on the streets, at festivals, as a source of sensory input at state institutions, and as a dynamic element of urban regeneration. And debates about its role and significance are as alive as its presence. But what does art actually bring to the everyday spaces that surround us – spaces we move through, live in and reflect on? And how does it influence us as a society? As Denmark’s only museum dedicated to public art, these are questions KØS has the responsibility and privilege of addressing.

THE OTHER PLACE aims to present some of the answers by presenting six art projects that during the past decade have revolutionised our understanding of what public art can be and created radically new encounters between contemporary art and the public.

Each of the six projects rethinks central factors that play a key role in public art: time, place and participation. Each of them creates remarkable, poetic and pertinent new connections, bringing the capacity of art to spark the imagination to life, and taking us to other places. On a journey into the future with Scottish artist Katie Paterson’s Future Library, through shifts in daylight on the oceans of the world in the Danish art duo AVPD’s Light Time, to new fictional landscapes in Icelandic Ragnar Kjartanssons’ Figures in Landscape, and to the astonishing ‘nowhere’ of Nowhereisland, the brainchild of UK artist Alex Hartley.

Mexican artist Héctor Zamora’s Sciame di dirigibili (‘Zeppelin Swarm’) whirls us into the story of a Zeppelin festival and the writing of history as fiction, whereas Swedish artist Kerstin Bergendal’s PARK LEK demonstrates how the direct involvement of local residents can transform a neighbourhood into a completely different place.

Sensory Encounters at KØS
The exhibition THE OTHER PLACE underlines the museum’s new curatorial strategy, giving people in Demark a unique and sensory experience of six extraordinary works of public art exhibited in new ways in close collaboration with the artists themselves.

UK artist Alex Hartley’s art project Nowhereisland is a new island nation that sailed along the coast of England in 2012, involving more than 23,000 citizens from 135 countries worldwide in collectively writing its constitution. A contemporary work of land art that marks a radical shift in the field of public art, inspiring new local and global encounters by asking: If we were to start from scratch and build a new nation, where would we start?

For THE OTHER PLACE Hartley has created a reinterpretation of Nowhereisland, allowing part of the temporary island nation to float above the forecourt of KØS where people can step out of Denmark and enter the territory of a new nation. Inside the museum they can then explore the project’s vast archive, read its constitution, and see films and other documentation of the Arctic island’s long journey from north to south as a new nation.

Mexican artist Hector Zamora’s invasive Zeppelins continue to write the fictional history he embarked on at the 2009 Venice Biennale, leading visitors into the exhibition where multiple elements of the project unfold. The public are also invited to think one hundred years ahead in Katie Paterson’s Future Library, here as a installation emphasising the senses and spatiality through the use of the scent of fir forests and a soundscape designed by sound artist Adam Asnan specifically for Future Library.

Debate-Generating Public Programme
To contribute to current debates on where public art is most relevant and where it creates the most meaningful encounters today, KØS is also launching a film programme and series of live dialogues and podcasts on the themes of the exhibition.

THE OTHER PLACE is curated by director of KØS, Ulrikke Neergaard.

The exhibition has been made possible thanks to the generous support of the Obel Family Foundation, the Augustinus Foundation, and the Knud Højgaard Foundation.