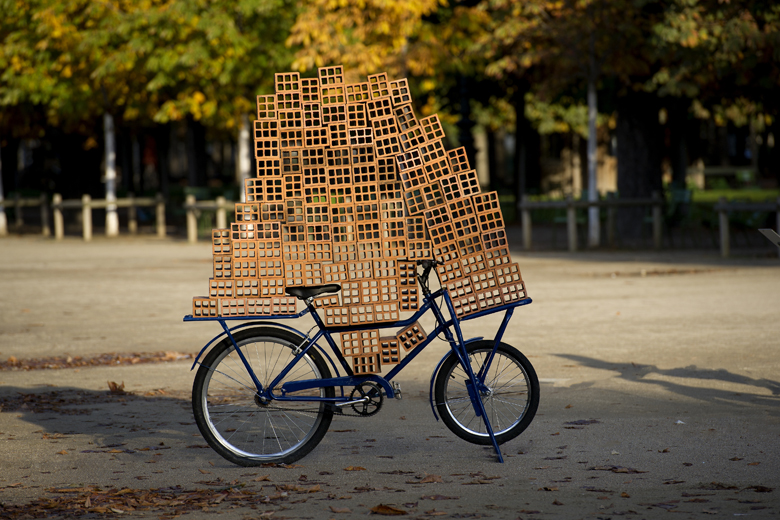 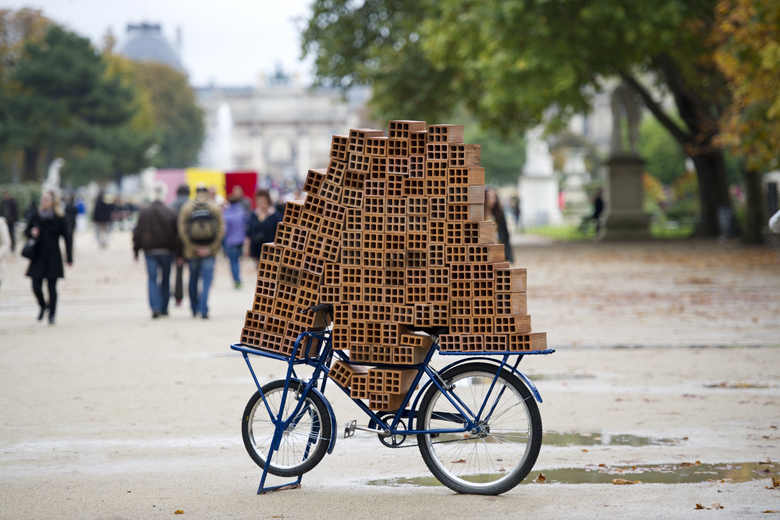 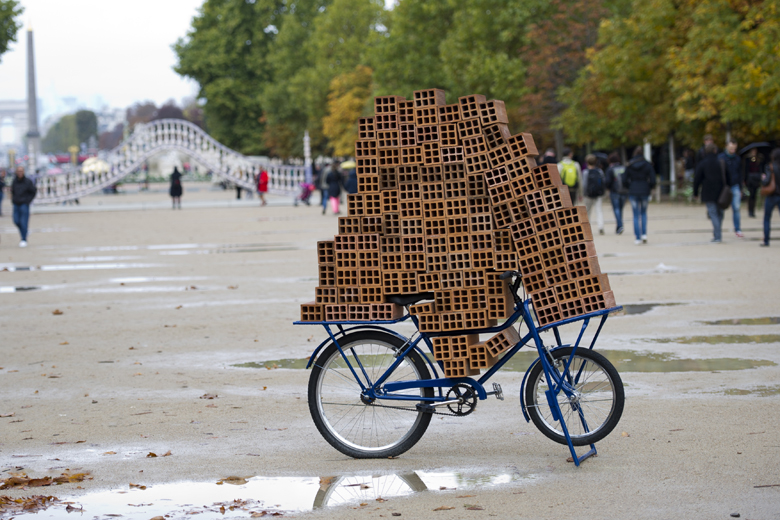 Transport is fundamentally mechanical, discovered amid a child’s first steps, and relative only to the laws of movement and balance.

Here, the movement that creates balance is deceived by an ingenious device, which suspends motion in the air. Héctor Zamora observes the astute and convenient maneuvers of worker’™s activity with a Latin-American twist and transforms them into a portrait. Workers, dynamics, and ideas of modular matter are recurrent motifs in the work of the Mexican artist, who discovers, in trivial, standard elements, the essence of movement. The construction ‘“ or deconstruction ‘“ of the momentary scenario suggests a material inconstancy, instability of the forces that compose it.
Stacked and tenuous, the disposition of the modular red bricks destined for construction, suggest a portable edification, yet a construction on volatile, in this instance inflatable, foundations. Above the rubber tubes, supported by the false permanency of the still bicycle, rests the weight of a delirious composition of progress: Brazil.