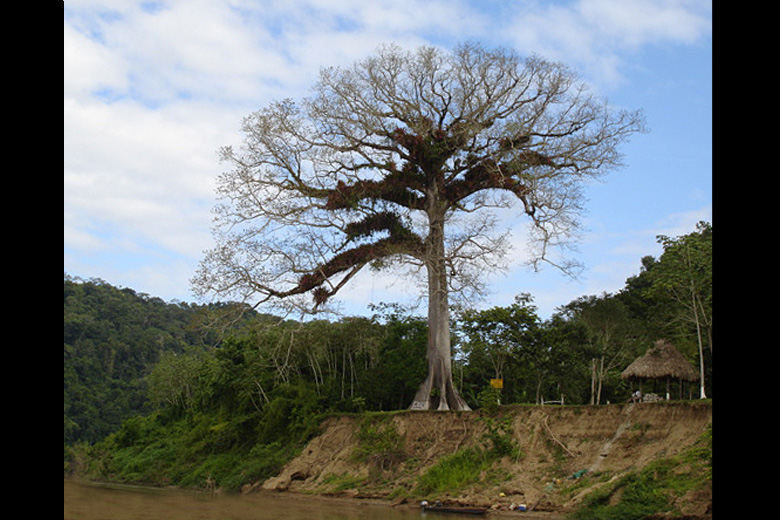 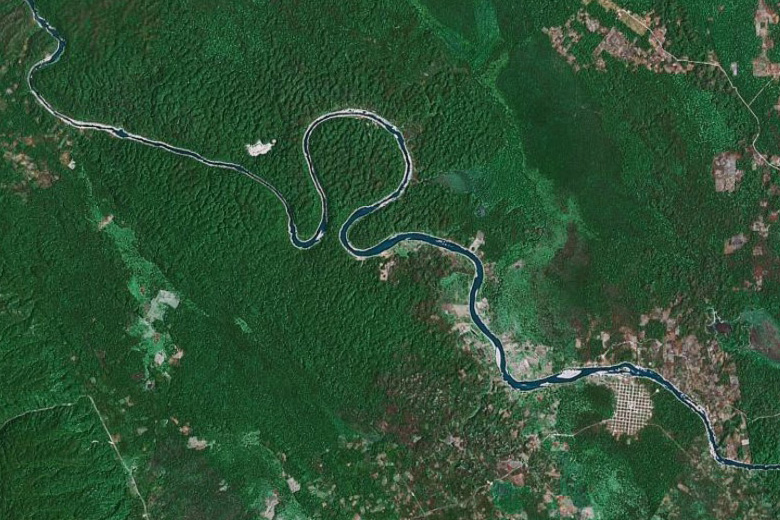 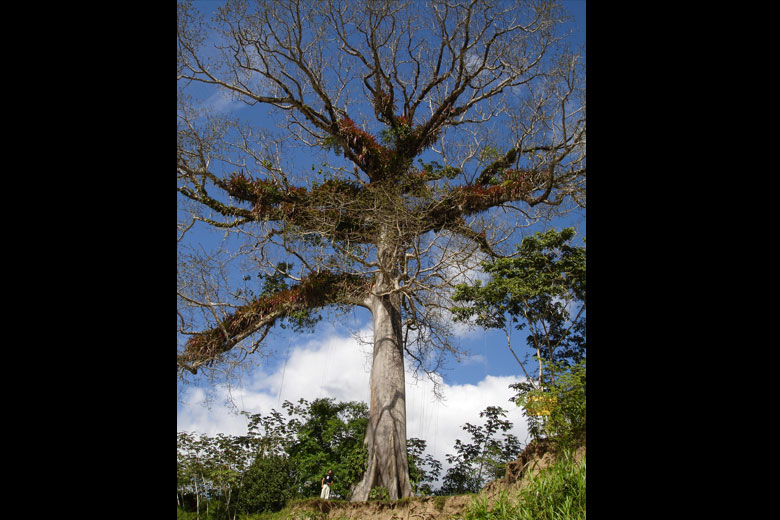 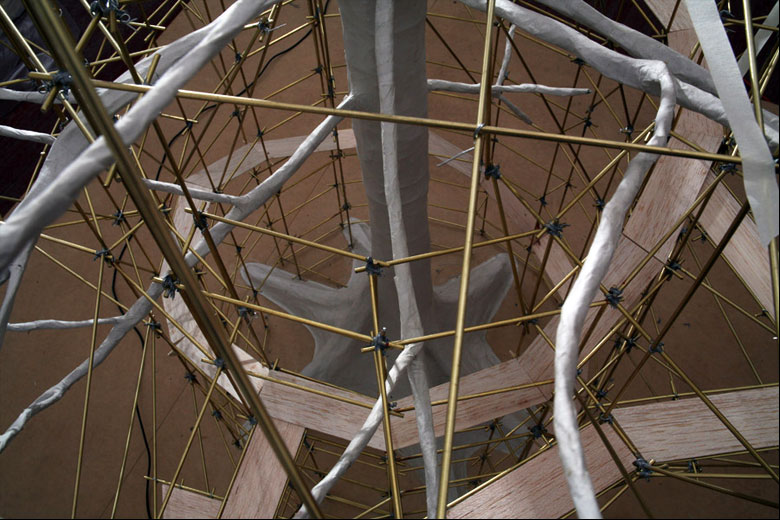 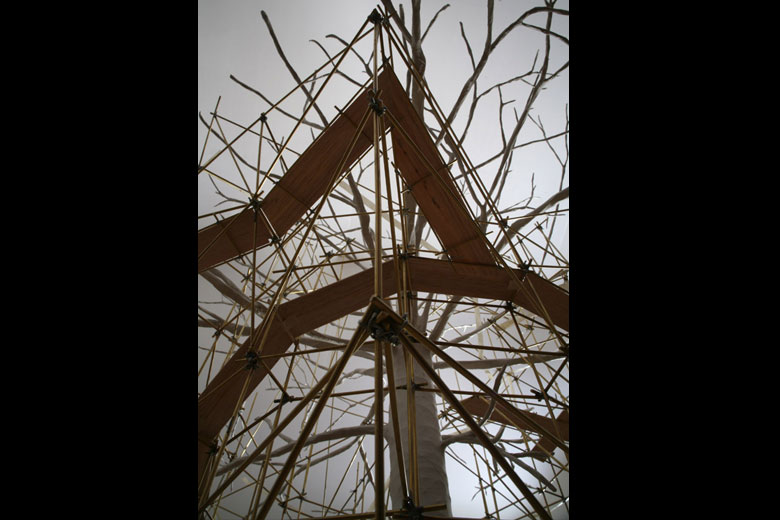 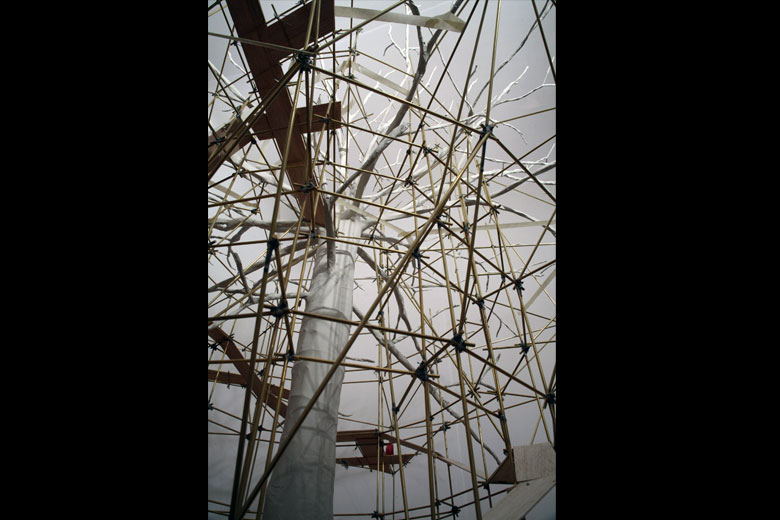 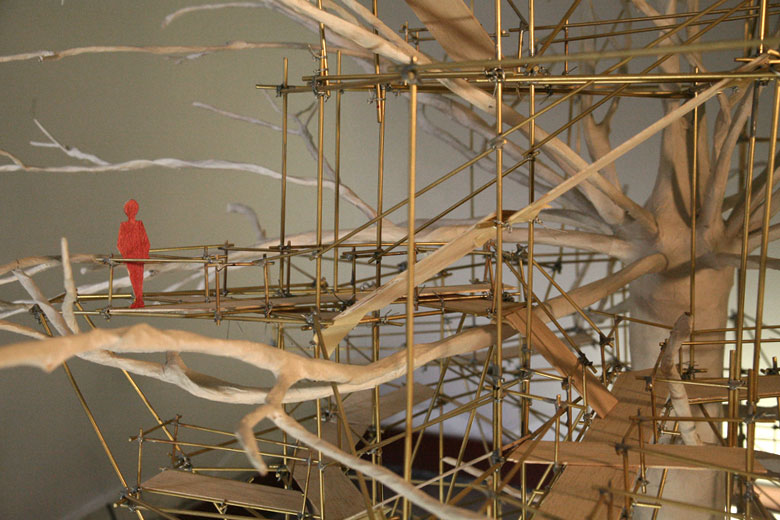 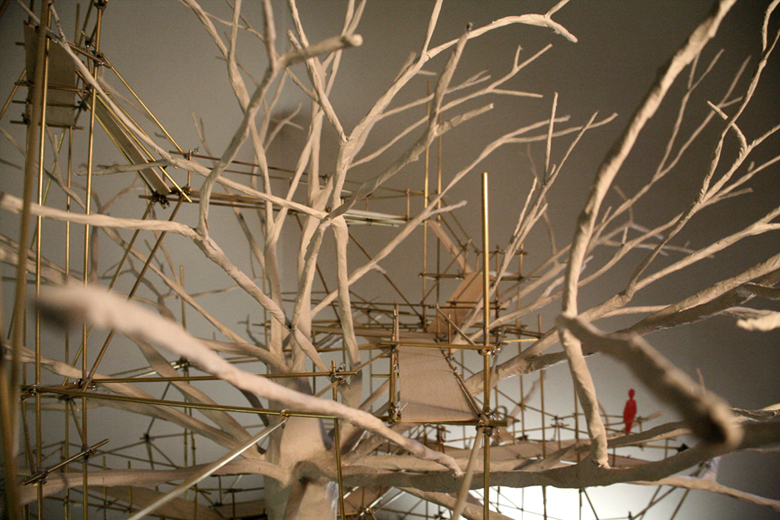 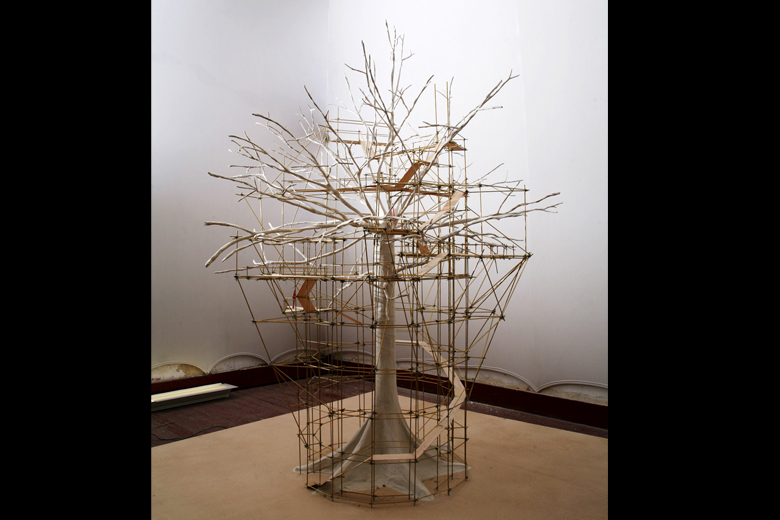 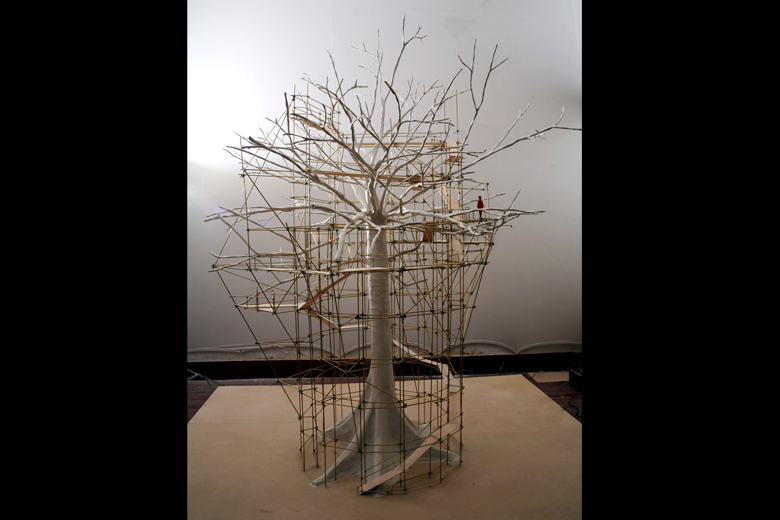 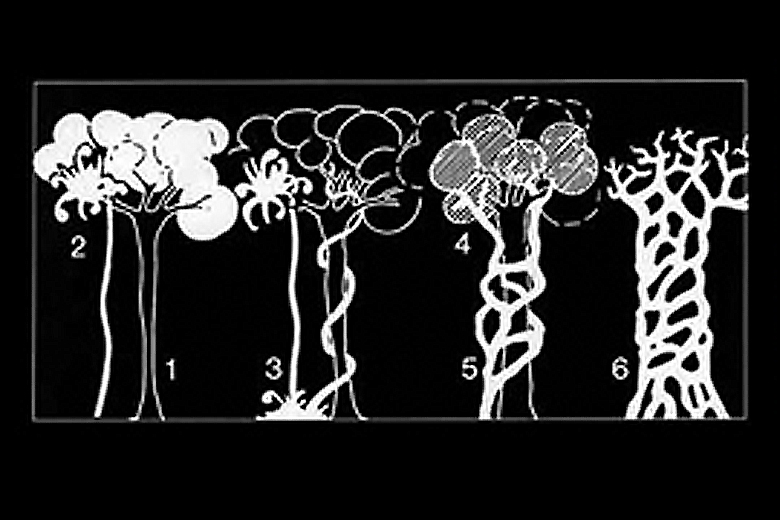 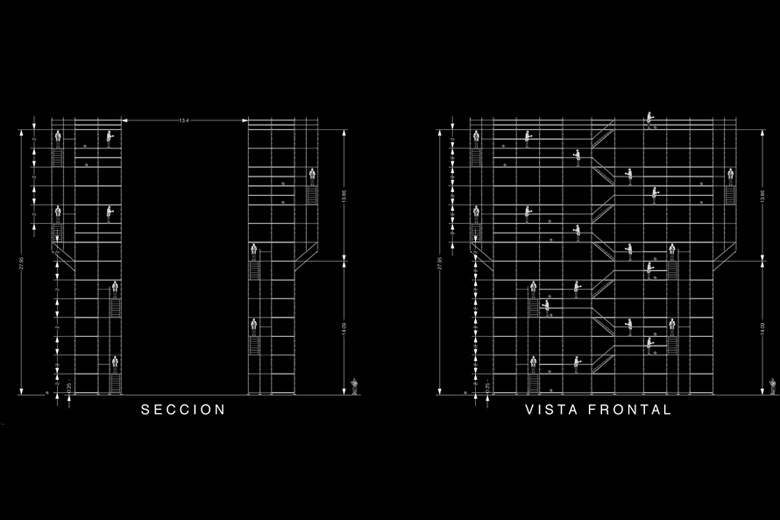 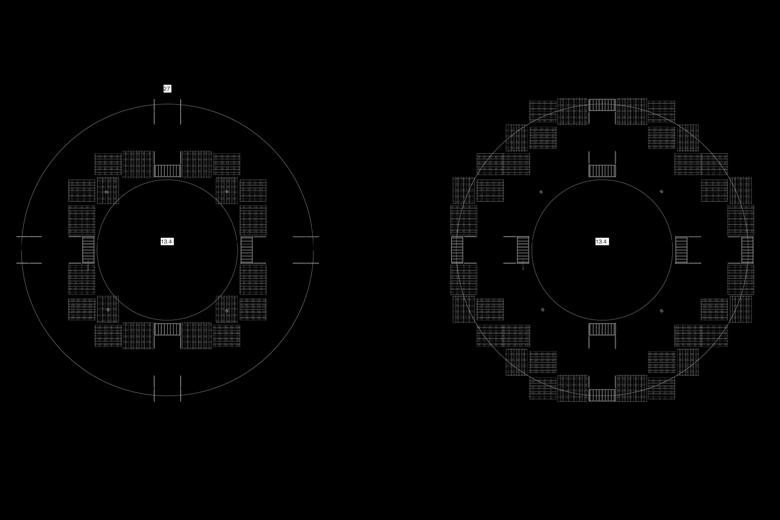 Antroepiphytic consists of the building of a walkable tower around an immense tree called ‘Ceiba de Oro’ (a ceiba being a tree typical of tropical regions and a sacred plant to the Mayas), a natural monument situated in the Guatemalan National Park ‘Sierra Lacandón’, on the border to Mexico. The structure made of scaffoldings, that would need to be brought from far away, represent the ‘civilized’ world inserted in the middle of the jungle, suffocating (only visually! since the temporary construction is planned in such a way that the ceiba would not be harmed) the tree, but at the same time allowing a new perception of the plant, the area and its landscape. Thus, the project could lead to a new understanding of the relationship man-nature.
Zamora’™s proposal was planned to be part of the project Frontera. A Sketch for the Creation of a Future Society by the collective Laboratorio 060 in Frontera Corozal, a town on Mexico’™s southern border with Guatemala.